Snowbirds of a Different Kind 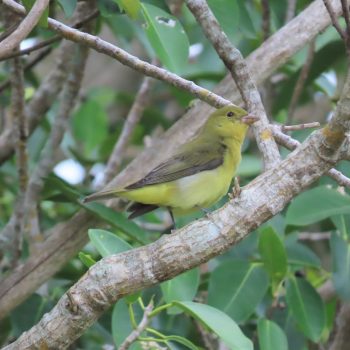 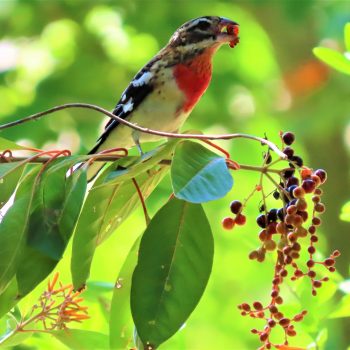 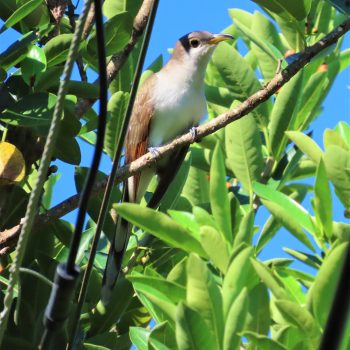 A yellow billed cuckoo in a strangler fig tree 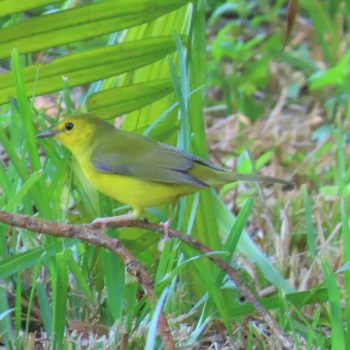 A female hooded warbler feeds on the ground on insects

A Swainson;s thrush migrating from the boreal forest of Canada 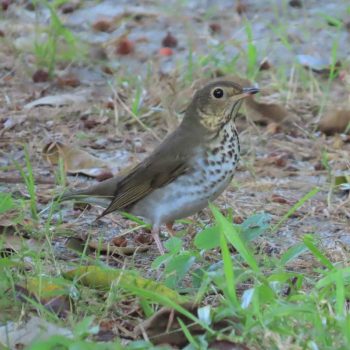 A gray cheeked thrush migrating from the Arctic zone of Canada

A wood thrush migrating to the tropics from the eastern US

In late October as many human “Snowbirds” return to Florida from their northern summer retreats, a massive movement of birds also occurs, often without much notice from people other than bird watchers. This is the seasonal shift of millions of neotropical migrants moving from their summer breeding areas in northern/eastern N America to the tropics and sub-tropics. This year there has been a huge “fallout” of gorgeous birds, possibly due to the westerly tropical storm “Nestor” that made landfall on Oct. 18. The birds fly south to the Yucatan from the northern Gulf coast heading to their winter territories in Central and South America. They can be diverted to the east by such a strong storm with winds from the west and end up in Florida. They are undoubtedly in need of rest and require water, food and cover. Our yard on Manasota Key provides all of these and has attracted an amazing display of birds. Two public places where you can see these birds are Kiwanis Park in Pt Charlotte and Pinecraft Park in Sarasota.

There are two types of tanagers stopping here during migration and both have brilliant red males during the breeding season. The scarlet tanager is found predominantly in more northerly and higher elevation sites in eastern N America. Strangely the summer tanager male retains his brilliant red plumage in winter while the scarlet tanager male loses his and becomes a dull yellow color with dark wings. The photo shown is actually a female scarlet tanager but it differs from the winter male only by having slightly lighter wings. It is interesting that the advantage of becoming more camouflaged in winter differs among these two closely related species.

This adult male rose breasted grosbeak retains his bright red chest in winter and has an avid hunger for seeds and fruits. This bird is feasting on firebush fruits.

The yellow billed cuckoo is not often observed since it tends to sit still in dense foliage. Its preferred food is generally considered to be spiny caterpillars; this one was sitting in a strangler fig tree that was covered with ripe red fruits and was likely eating these figs.

This hooded warbler female is foraging on the ground and seems much more interested in catching insects than eating fruit. In contrast this bay breasted warbler is gorging on the fruits of firebush. This shrub is the “best of the best” since it not only provides fruit but the flowers are very attractive to hummingbirds and butterflies, and the dense foliage is good cover.

The identification of far northern-breeding thrushes this time of year can be very confusing since several of the species are quite similar. The boreal Swainson’s thrush has a complete buffy eye ring whereas the more northerly breeding Arctic gray cheeked thrush has an incomplete eye ring. The familiar wood thrush from the eastern US has a brownish orange nape and very bold breast spotting.

The phenomenon of long distance migration between continents to obtain the most favorable seasonal conditions for breeding is one of the most astonishing circumstances in nature. Many of “our” beloved birds actually spend more time elsewhere! Those of us who are bird watchers have been in “hog heaven” during this fall fallout and will now be impatiently waiting many months for spring migration!