DONATE
News & Blog
Home News & Blog The Eyes Have It!

The Eyes Have It! 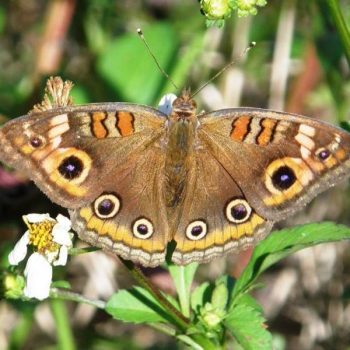 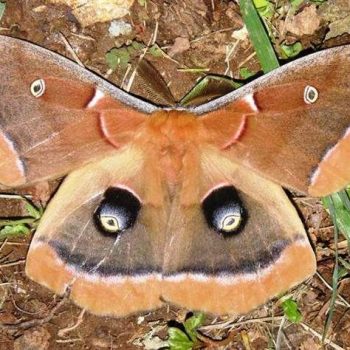 One of the more intriguing aspects of the constant warfare between predator and prey is the use of pattern and color by insect prey to confound and repel predators.  Insects which are not toxic sometimes use eye spots to confuse birds.  In some cases the eye spots are designed to direct the strike away from the vulnerable body.  In other cases they are meant to intimidate the predator into thinking this creature is possibly dangerous (snake or owl) and should be avoided.  Does the fact that birds would be inhibited by simple eye spots indicate that birds are stupid?  Why would glaring eyes on an obviously tasty insect repel them? Apparently they have rather rigid definitions of the criteria that allow them to identify prey.  So if scary eyes are present  they may take a conservative approach of avoidance.

The eyed elater or click beetle has two huge eye spots on its  thorax which are quite convincing, scary-looking eyes.  This is a hard covered but tasty prey which has another trick to escape a bird by suddenly snapping its body and flipping away to escape.

Some caterpillars such as the tiger swallowtail have eye spots near the head which seem designed to give the impression that this is a snake.  Other swallowtails make even better snake mimics by extruding a structure, the osmeterium, which resembles a snake tongue.  Younger tiger caterpillars resemble bird droppings and minimize bird predation by camouflage.

In butterflies, eye spots may be either inside or outside the wings.  The buckeye (in this case a rare mangrove buckeye from the SW FL coast)  has a series of eye spots along the inside edges of the fore and hind wings.  These seem to be designed to direct the strike of a bird away from the head and body and  it is common to see buckeyes with bites taken out of the wing edges.  The intimidation  eye spot approach seems to be taken by the polyphemus moth which has two large and very convincing eye spots in its hind wings which resemble the eyes of owls and are displayed only after the moth is disturbed.  The fine details of the eye spots which are constructed of colored scales is remarkable.  There are two smaller eye spots in the forewings.

The presence of eye spots in insects which deter birds by several different mechanisms reveals some fascinating details about how intense predation is and how striking and specific the evolutionary  responses of the prey can be.   It also shows how “bird brains” can be fooled by simple visual signals that would not mislead us.