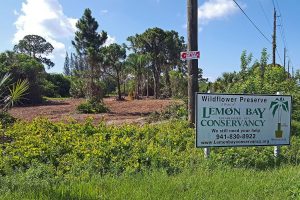 Invasive species removal in the upland areas at Wildflower Preserve, the first phase of our habitat restoration project, is well underway. Over 40 acres on the project site have been cleared of invasive vegetation. The Hydro-Ax mulching machine operator is continuing to remove dense stands of Brazilian Pepper and the hand-clearing crew is following up to remove larger trees as well as vegetation in areas that are not accessible to the large machine.

As the acreage is cleared of exotics, the old contours of the golf course are re-emerging. Beautiful old growth slash pines and cabbage palms are visible. Raised areas associated with former greens and tees are apparent. Faded signs remind us of the land’s history.

In many areas the Brazilian Pepper was so dense that we have uncovered some surprises as the vegetation is removed. On the eastern side of the property, several small wetlands areas have emerged fr 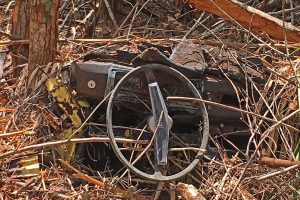 We’ve also uncovered the remains of several old golf carts, various other vehicle parts, and a variety of “junk” that we’ll need to remove before we begin replanting next summer.

We’ve located an old well that was associated with the golf course. Initial testing of the well water suggests that it is too salty for irrigation, but our volunteer biologist, Dr. Bill Dunson, has some ideas about possibly using it in the future as part of educational programs on water quality and aquatic species.

Click on any picture below to see a larger view. Use your right arrow key to move to the next picture. 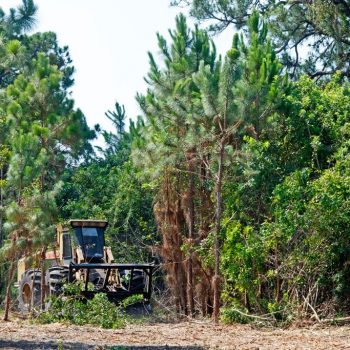 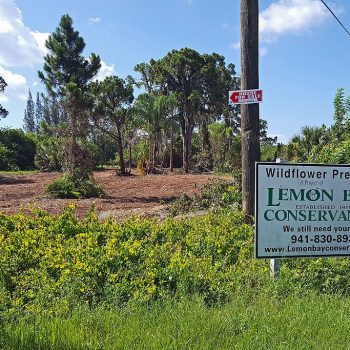 The northwest corner of Wildflower Preserve with invasive clearing in progress.

Invasive Australian Pines are being removed at Wildflower Preserve as part of the habitat restoration project. 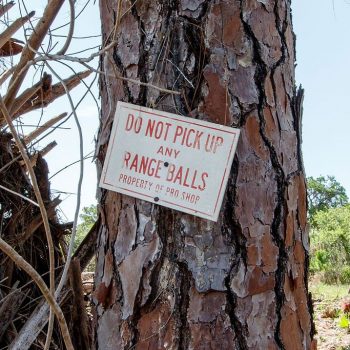 A sign nailed on the edge of the old driving range. 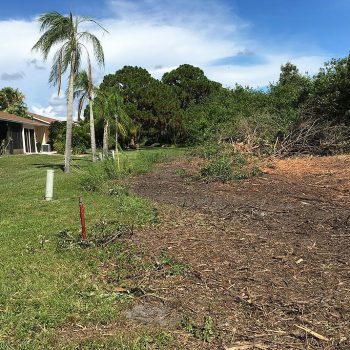 Brazilian Pepper removal underway near the border of Wildflower Preserve with the Wildflower Village Condominiums. 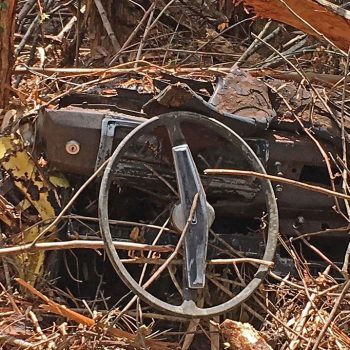 The rusted out remains of an old golf cart uncovered during removal of invasive vegetation. 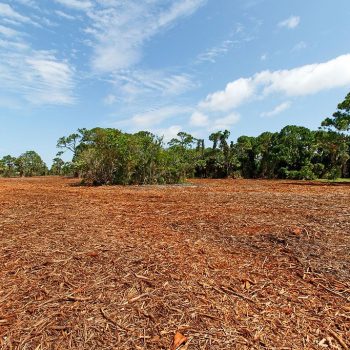 In this former golf course fairway, the Brazilian Pepper was so dense that no other trees were growing. 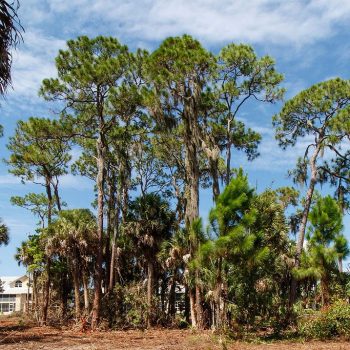 Old growth Slash Pines and Cabbage Palms become easier to see and admire as the Brazilian Pepper is removed. 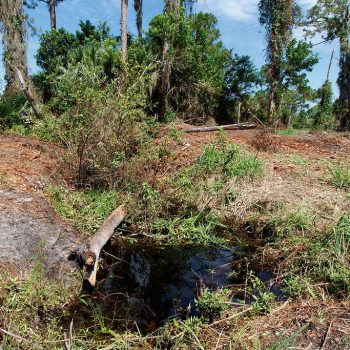 With the Brazilian Pepper removed, this small wetland area in the eastern part of the preserve became visible. 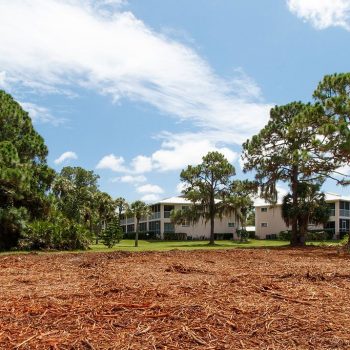 A view of the Golden Tee condos from an old golf course fairway now cleared of invasive vegetation. 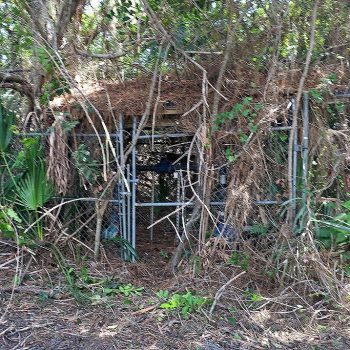 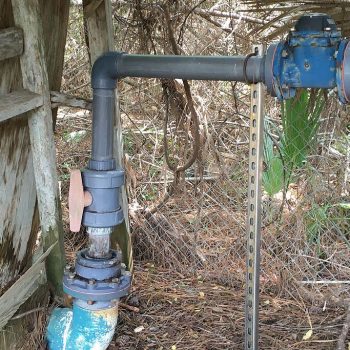 Pipes and valves inside the old well pump house. 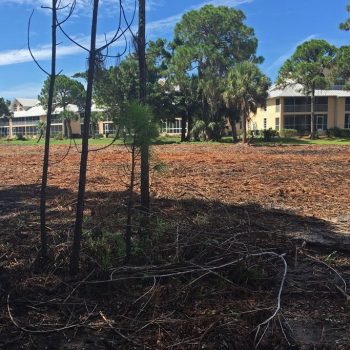 A view toward the Sanctuary at Cape Haze Condos from the old golf course fairways, after removal of Brazilian Pepper. 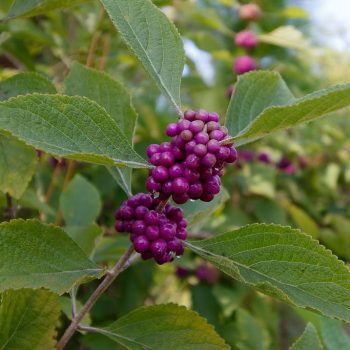 With its beautiful purple berries, it’s easy to see how the native Beautyberry bush gets its name. We can expect the Beautyberries at Wildflower to proliferate as we eliminate invasive vegetation!